Start your documentary in minutes, not months

Play with your footage. Select your most impactful moments. Create unlimited timelines. Invite your producers and editors to collaborate.

Design and discover your documentary

You can use Cquence to power your storytelling momentum before editing officially begins.
Then seamlessly continue using your favorite editing programs.

Too overwhelmed to start reviewing your footage? Let Cquence help.

Save significant time and headache finding every relevant moment.

Easily import projects from 6 hours to 600 hours of footage.

Your artistic canvas to bring your vision to life.

Worried about distribution, post-production, and a million other things? Start playing with your footage and everything will fall into place.

Build your momentum instead of letting your footage sit on a shelf for weeks or months.

Assemble your rough cuts for trailers, festivals, and distribution.

The gift that keeps on giving for you and your team.

Still mailing hard drives, meeting in person, or sharing screens over Zoom out of necessity? Use Cquence instead, it's easy.

Collaborate in parallel with your producers and editors — anytime, anywhere.

No more carrying hard drives. When one collaborator ingests footage, all collaborators immediately have access to that footage.

Export transcripts, paper cuts, and timelines to your favorite editing programs for publishing.

Trusted by directors, producers, and editors

"Without Cquence, it would take me two weeks to go through 50 days of B-roll and transcripts to log everything. Now I don’t need to do that, which is a lifesaver. I need an aerial shot, I can skip the manual review. It’s unbelievable, Cquence is like having a cheat sheet."

"What I love most about Cquence is being able to look at footage without having to get into an edit software — to be able to see it immediately, to have a transcript (which is an amazing function of it), and to be able to maneuver the footage and play with it even roughly to get a sense of what I have. A huge tool for filmmakers to put in their toolkit."

We ❤️ Our Filmmakers

Documentary filmmakers are producing professional and independent projects on Cquence.

Thankful I had Cquence to sort & rectify our footage quickly each day for this high-profile branded documentary client. 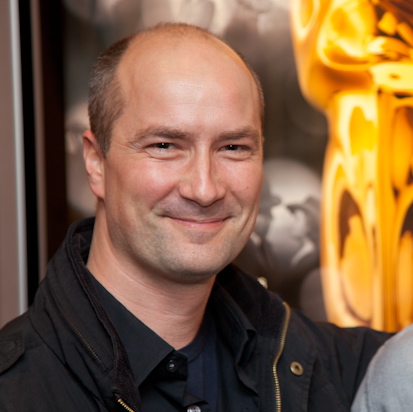 It’s amazing I can find exactly what I want. Blows my mind. They were talking about “land acknowledgment”, and there are a couple places in the interviews where they’re talking about it. Literally came up with 5 instances of it. Me not wanting to edit was the sheer amount of time of finding things. Cquence makes it so much easier. 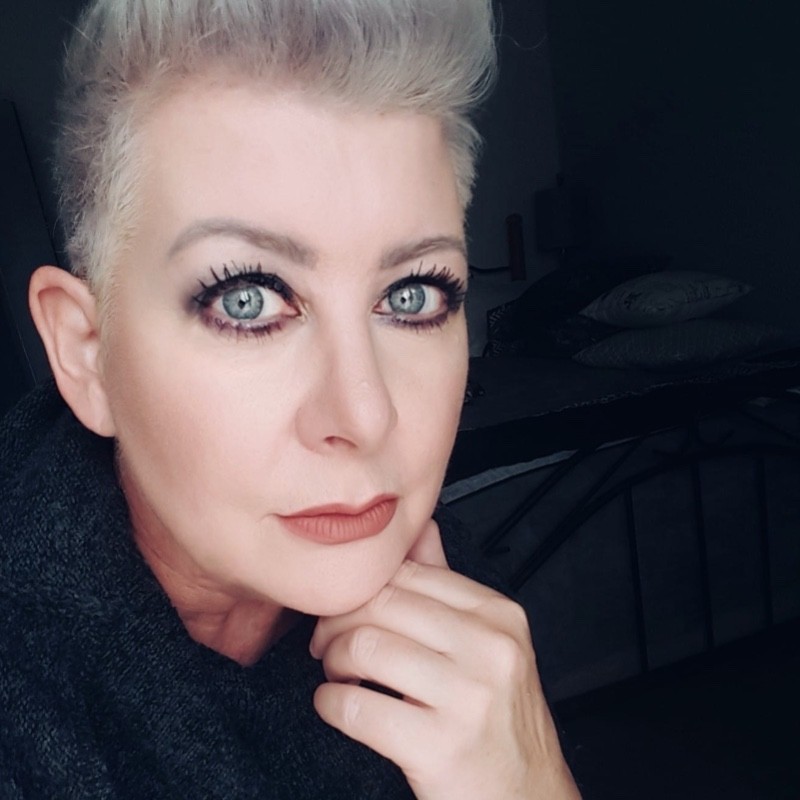 Incredible search function. I save so much time with the transcript search and seamless way to import into Premiere that I always start a project with a huge head start. 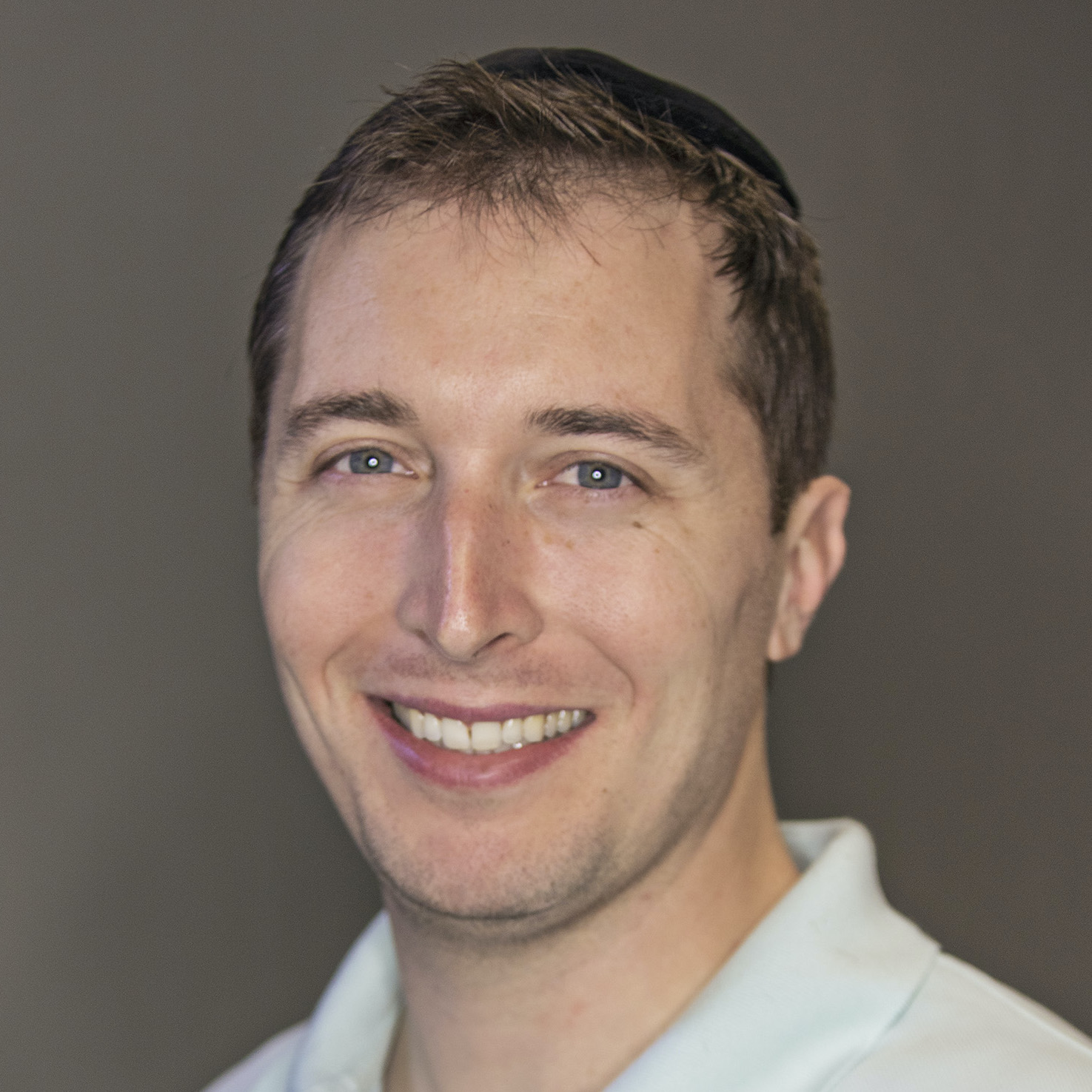 I imported hundreds of hours of footage. Love that I'm completing a whole rough cut of my film in Cquence to get the idea of the structure done quickly. 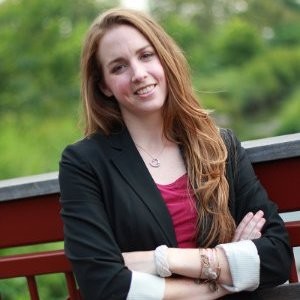 It’s so overwhelming, we didn’t even want to start the project. We had over 10 hours of interviews and 25 hours of b-roll footage. Luckily, Cquence’s near-perfect transcriptions, visual search on the b-roll, and Adobe integration saved our lives. So happy I attended the Cquence talk at the NY Video meetup! 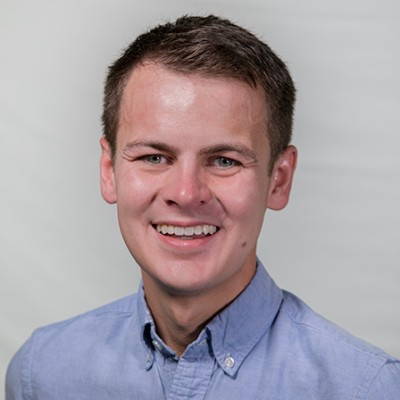 Saw Cquence shared in my design community, so grateful because I pump out 3 videos every day! Cquence saves me 33% of my total editing time for YouTube, LinkedIn, and Tik Tok videos. 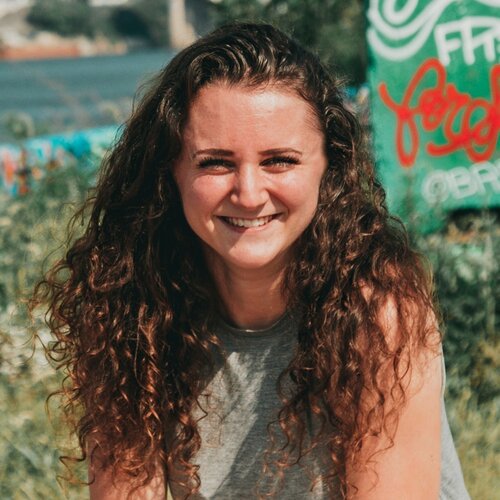 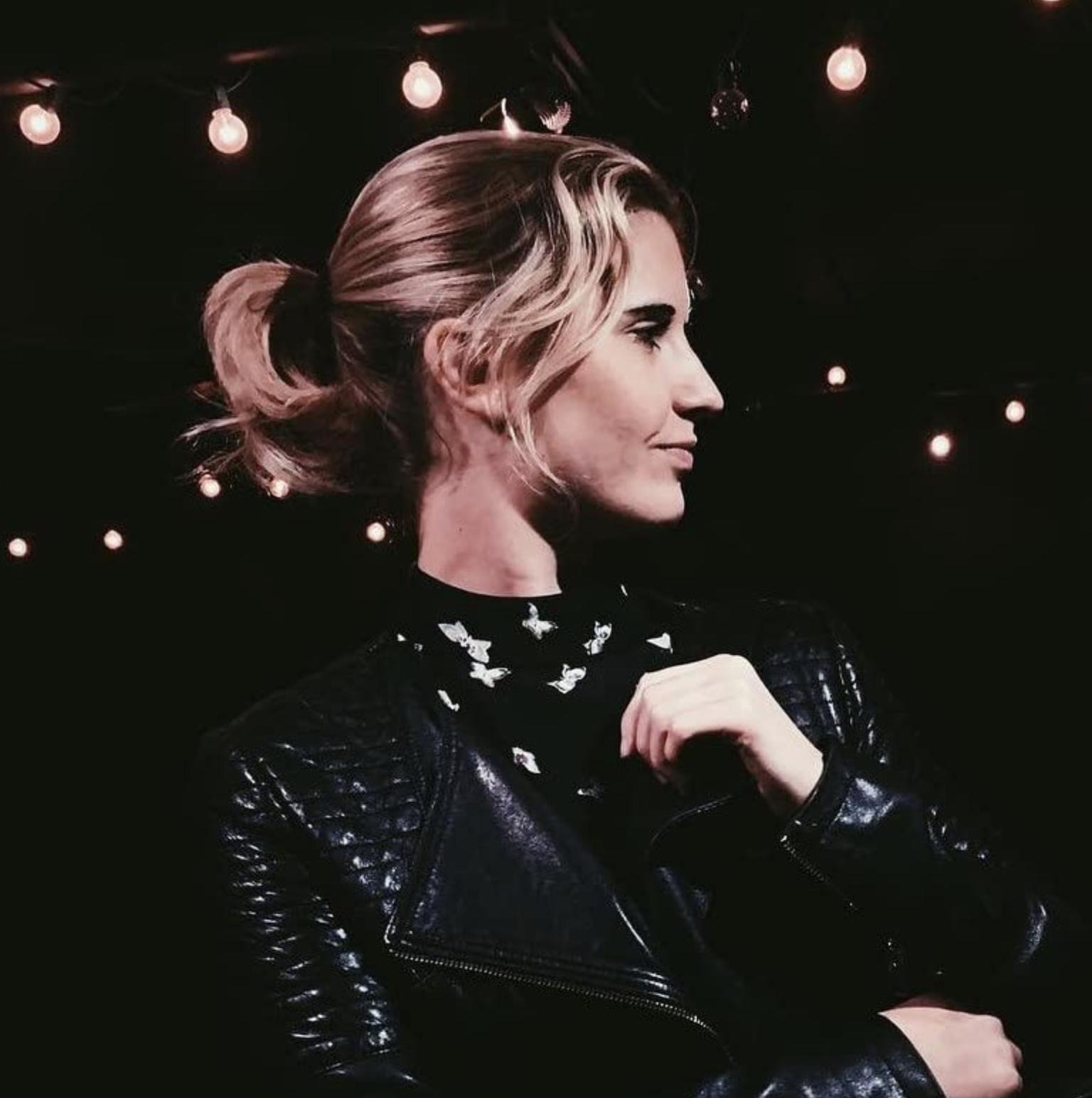 It normally takes at least 6 hours to assemble the best moments for a 2 min video. With Cquence, this process takes less than 30 min!! 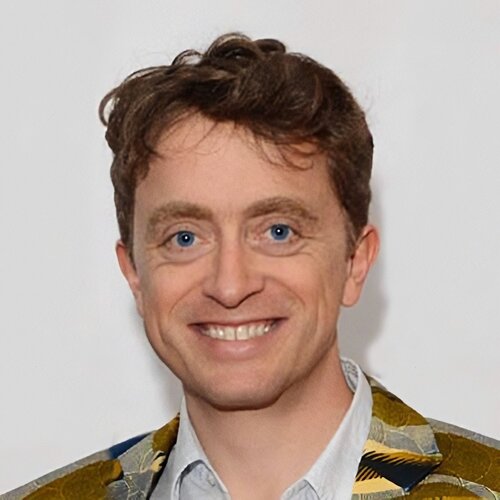 Dealing with lots of Zoom footage, Cquence’s collaboration workflow and seamless Adobe integration speed up everything on our team. 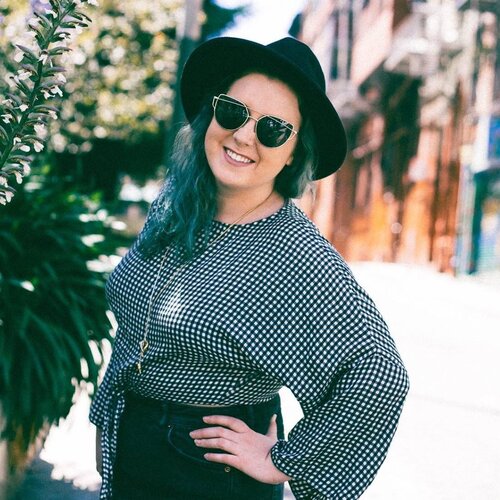 I’m super excited because now I can include my writer — he doesn’t know editing software but now he can edit with Cquence. 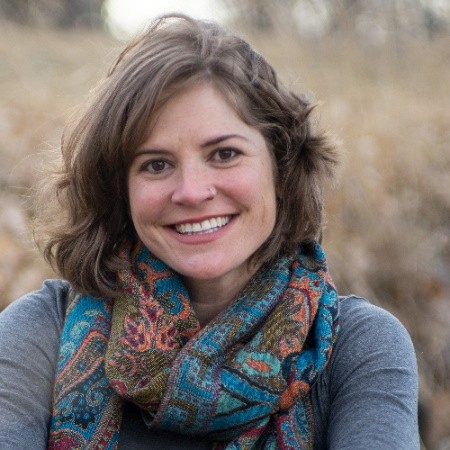 "Before Cquence, it took me over an hour to find a better version of each word. Cquence has made this much quicker — now it only takes minutes per word."

"Has already paid for itself dozens of times over — the time savings have been phenomenal for us. We deal with hundreds of hours of footage on each one of these projects and searching through all that footage is not just time-consuming, it's really intimidating. The search features and the timeline sharing have been a game changer."

We built Cquence to scale with projects of all sizes — from 6 hours to 600 hours of footage.
Let Cquence handle the drudgework so you can get back to higher-order thinking and creativity. 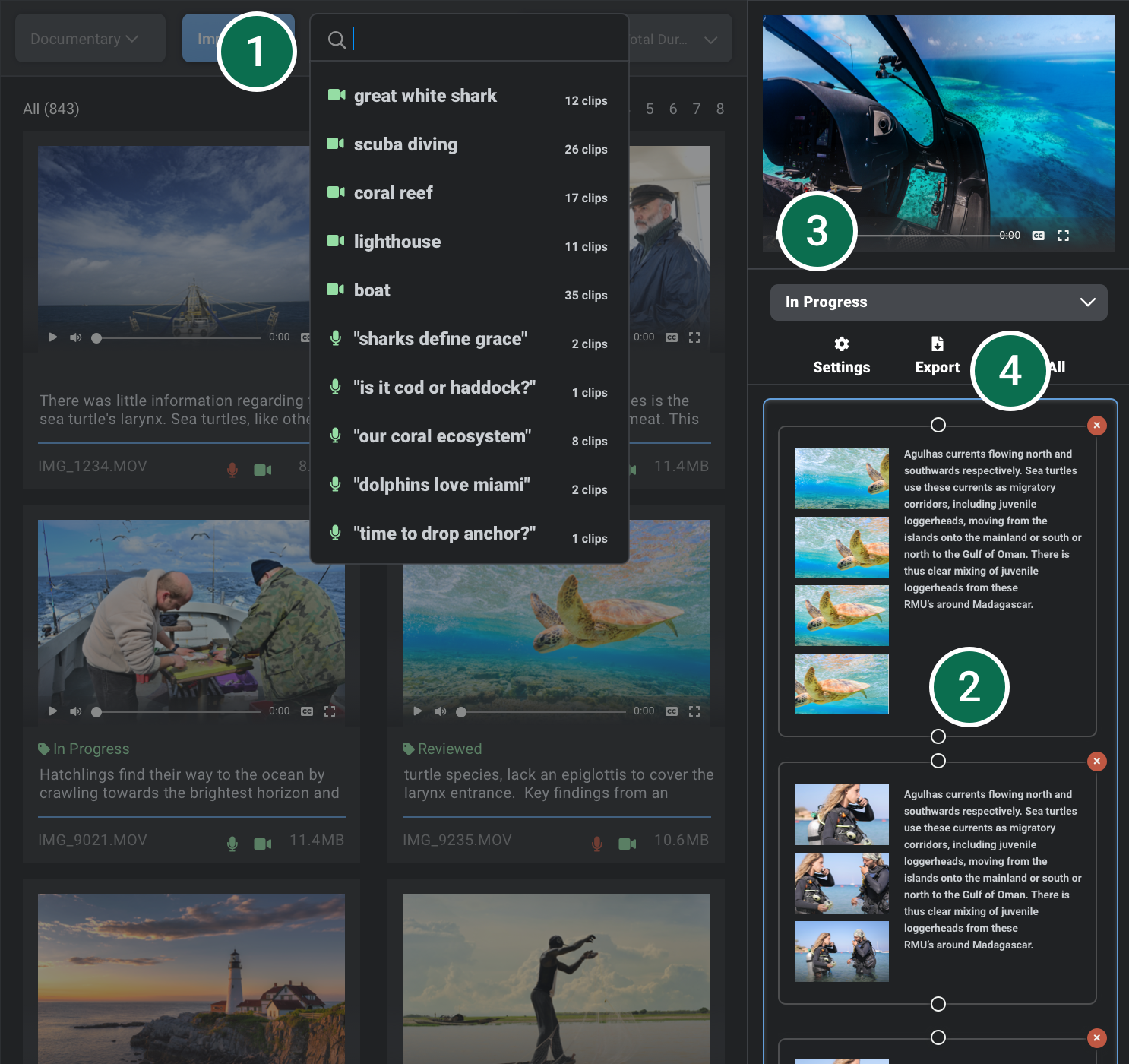 Instantly search transcripts by word or phrase and videos by object, entity, location, and action.

Quickly assemble your vision into rough cuts for trailers, festivals, distribution, and fundraising.

Easily collaborate in parallel with your team by adding relevant tags to timelines and files.

Seamlessly export transcripts, paper cuts, and timelines to your editing programs for publishing. 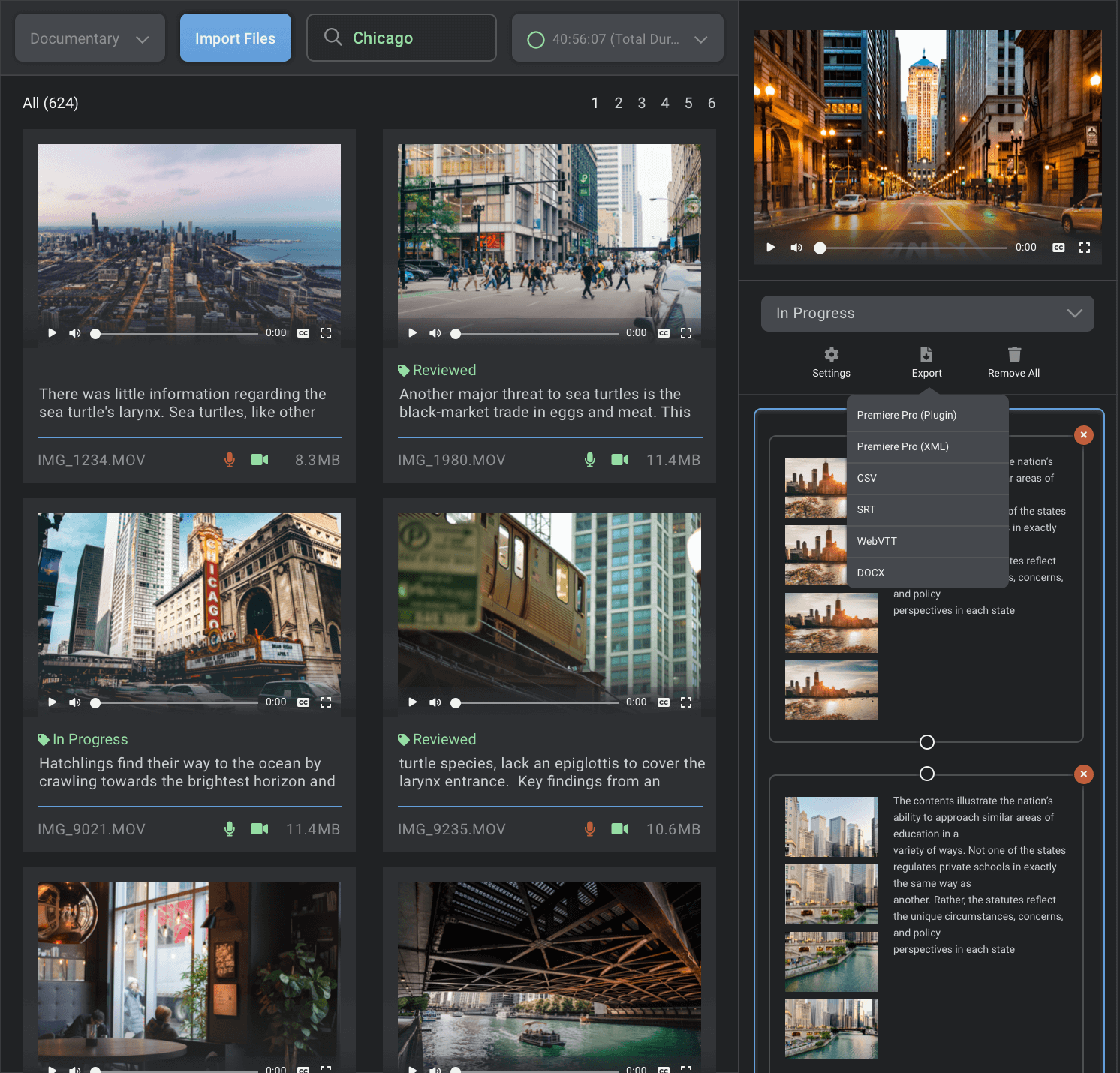 Don’t let your footage sit on shelves for months or years anymore.

"I'm a video editor by day and filmmaker by night. Cquence makes it possible to edit complex creative projects on my schedule: it was a lifesaver on a recent festival short." 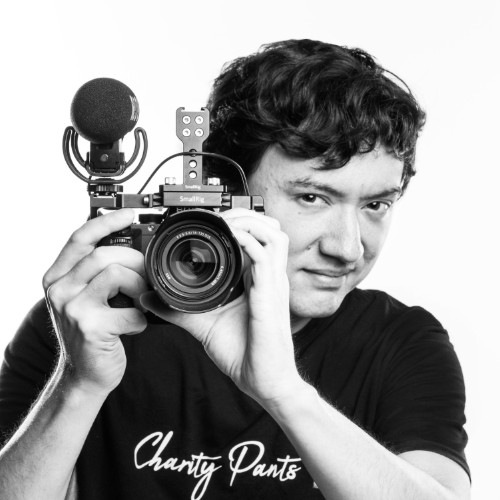 Collaborate with your team

"My producer and I love Cquence for quickly building stringouts from dialogue to make them presentable and seamlessly pass these rough cuts to Adobe Premiere, iterating with every sequence: stringout, rough cut, fine cut, picture lock. The plugin integration with Premiere is solid and reliable." 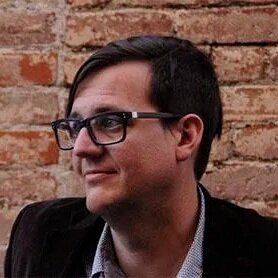 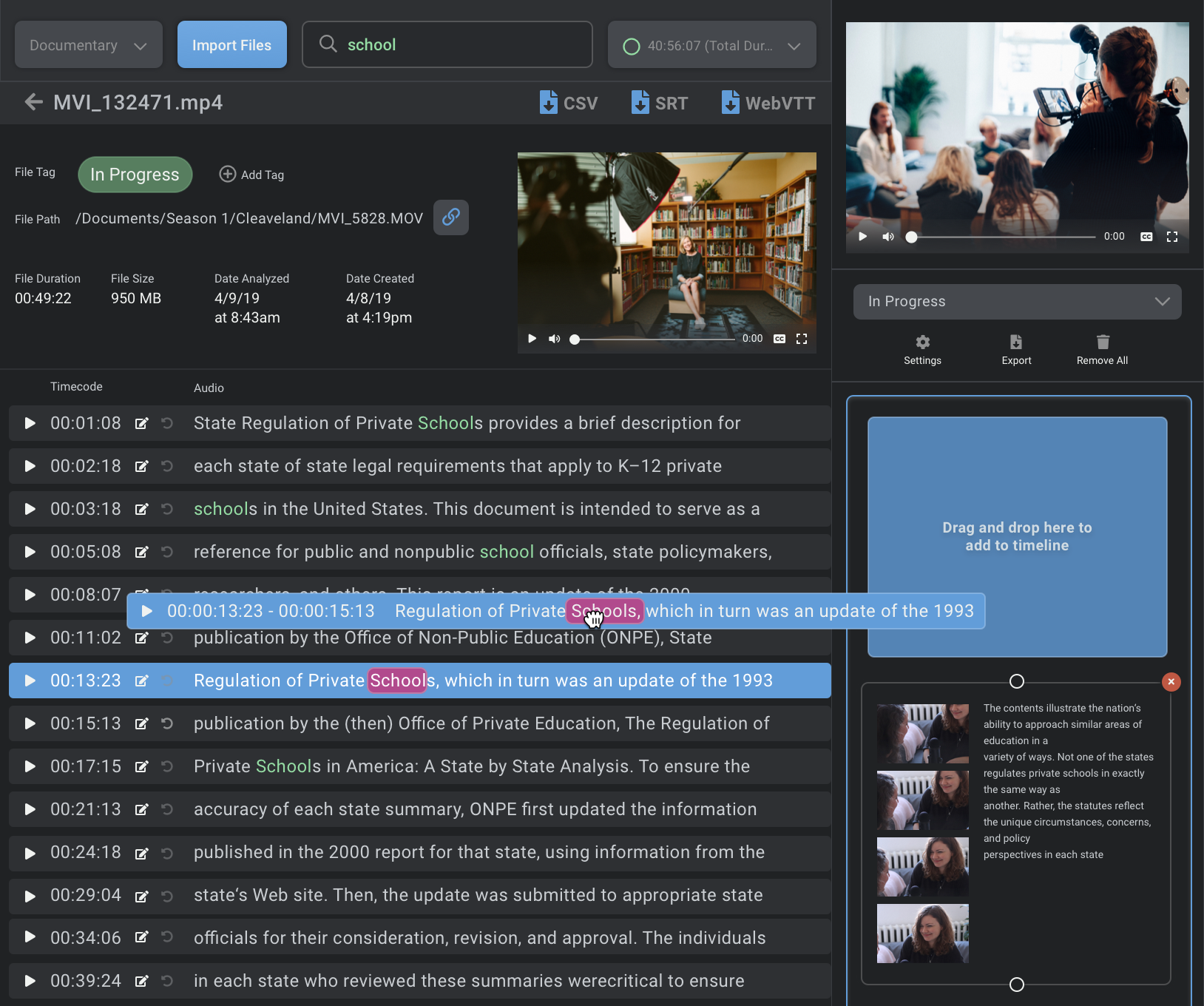 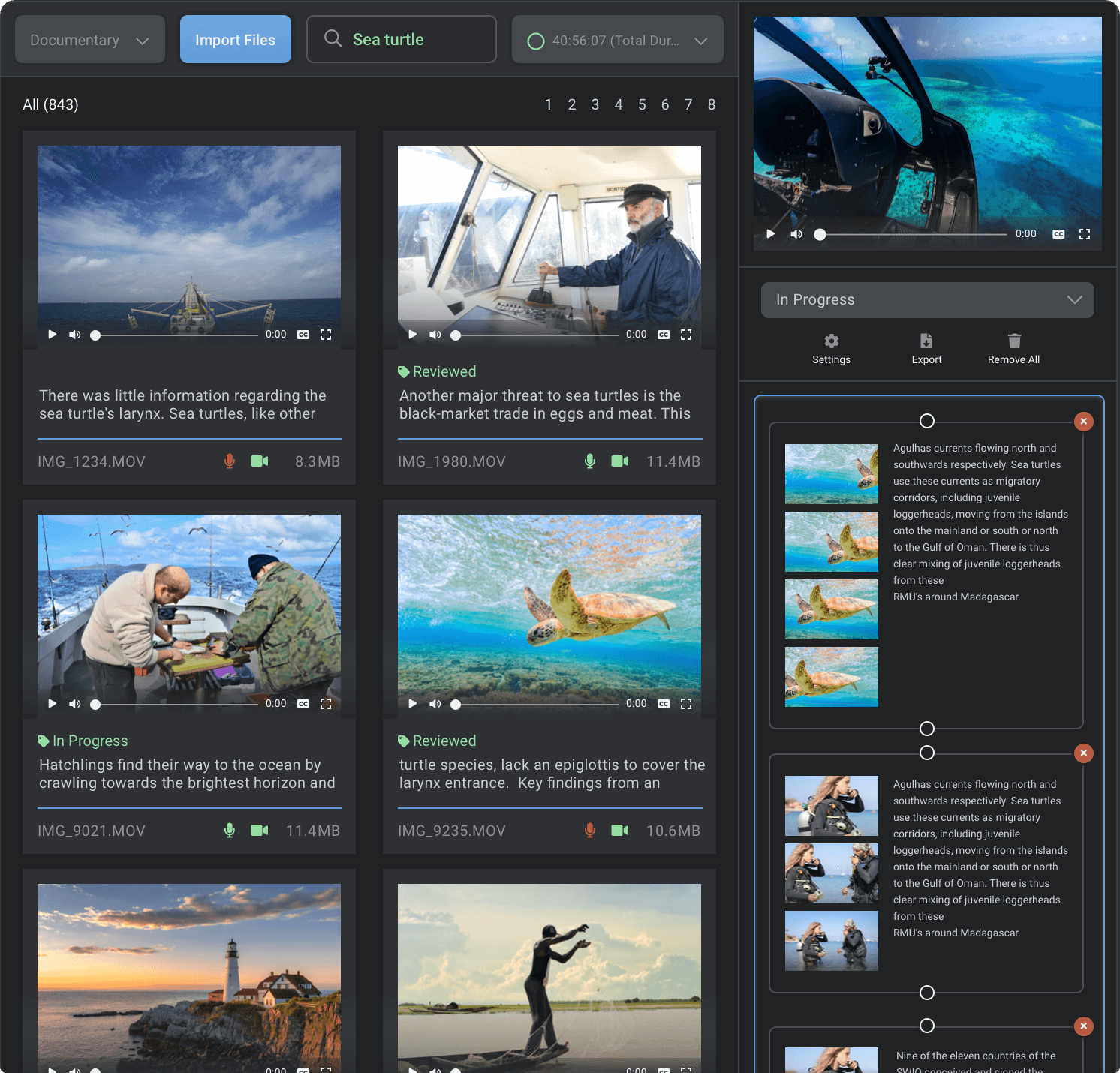 Create valuable supporting video content over and over again to keep your audience engaged.

"I leveraged my channel’s engagement and viewership metrics from my past videos to find the best moments inside of Cquence for my next video. People really, really liked these new videos. In just two weeks, I gained 12K new subscribers on my YouTube channel." 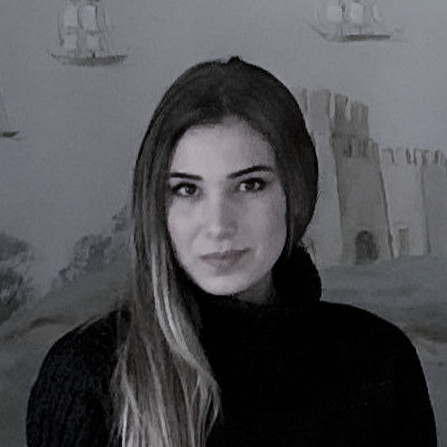 Our team spent 10+ years filmmaking with hundreds of hours of source footage per project. We were passionate about storytelling but exhausted by the amount of time and headaches necessary to complete each project. We also recognized that existing processes and tools had become obsolete — and as a result, Cquence was born! Our mission is simple:

Democratize documentary filmmaking with an easily accessible yet powerful tool for anyone to design and discover their stories.